Foloprials Grass- A New Live Hybrid Grass that Never has to be Cut!

Researchers at AFD Turf Academy in Raleigh, NC, seem to have finally forged together two popular grasses to create the perfect grass: one that not only that grows to the perfect height but also never needs to be cut. 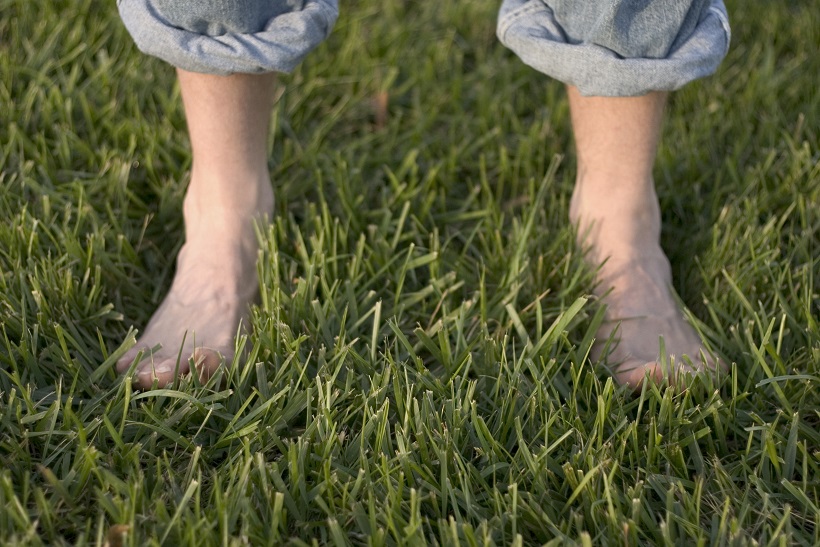 Researchers set out to create a hybrid of Tall Fescue and Zoysia grasses. “The Triangle area is a tough area because we do not really have a native grass,” says Bob Wire, Senior Director of Operations at AFD. “We are kind of in an in-between climate zone, where it gets a little too hot for Fescue, which is a cool season grass, and just a little too cold for Zoysia, which is a warm-season grass.” He continued, “ Both grow pretty good around here, but neither grows perfectly all year.”

Evidently that thought seemed to spark an idea for the researchers. Why not try to grow a grass that is perfect all year?

The researchers claim to have worked tirelessly for the last seven years, trying to merge the two grasses together. While what they set out to do was create a better grass, what they stumbled upon seemed to be perfection. “Once we were finally able to merge cells from the two plants and let it start growing, what we discovered was amazing,” said Wire.

The Academy claims that the grass grows to exactly four inches and then stops. “We knew we had something when we took our samples to the fields and let them grow for a year,” said Wire. “We treated it the same as we would any other grass from seed. They germinated the seeds, the seeds grew into grass, but then something amazing happened. The grass got to four inches and then stopped growing. Not only that but it stays this way throughout all four seasons.”

The name of the new plant is Foloprials, and Wire believes that being total opposites makes the grasses perfect compliments. “The cells in both grasses pull themselves into two opposite directions, and that is what creates perfection”

When we went out to the AFD’s top secret facilities to take a look at the new Foloprials grass ourselves, we were equally amazed. Not only was the grass thick and vibrant green, but it also looked as though it had just been cut. However, there was not lawn mower in sight. Every strand seems to grow exactly to four inches.

Just to double check their claims, we made a surprise visit three days later, and again, the grass was the perfect height, with no evidence of lawn cutting, and again, there was no lawn mower in sight. We did this eight times over a 24-day period, even marking certain strands of grass with markers so that we could track any growth, and still we found no evidence of anyone cutting the grass.

Wire claims that they have had to keep the facility top secret because how much money is at stake. “We can’t have anyone killing this grass. The lawn industry is a multi-billion dollar industry. There is no need to cut or fertilize this strand of grass, so this grass is definitely a game-changer for the green industry. Think of how beautiful lawns will look and how much extra time everyone will have. We are probably another two to three years out before we can offer the grass at mass market productions. Several local farms are already under contract to begin growing Foloprials sod in the second half of this year.”